When Parks Were Radical

When Parks Were Radical 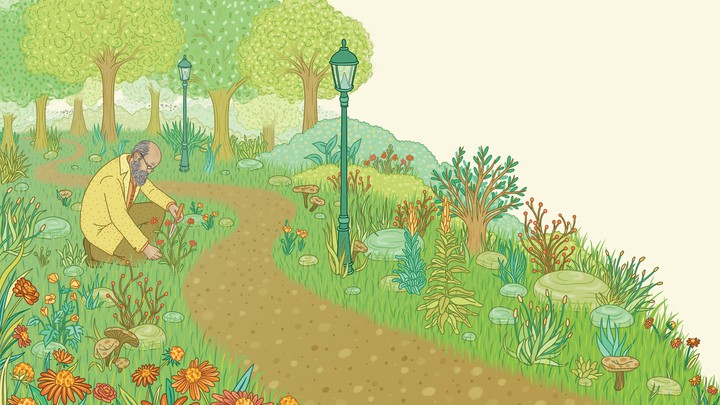 A century and a half ago, city dwellers in search of fresh air and rural pastures visited graveyards. It was a bad arrangement. The processions of tombstones interfered with athletic activity, the gloom with carefree frolicking. Nor did mourners relish having to contend with the crowds of pleasure-seekers. The phenomenon particularly maddened Frederick Law Olmsted. He repeatedly complained of it in his essays and letters, which have been collected by the Library of America in Writings on Landscape, Culture, and Society (a digest of Johns Hopkins University Press’s projected 12-volume set of Olmsted’s papers). A “miserably imperfect form,” Olmsted lamented. “A wretched pretext.” The cemetery problem, he felt, was an expression of a profound, universal desire that cities were neglecting to meet: the desire for public parks.LIBRARY OF AMERICA

That public parks should exist at all was a radical idea. Olmsted’s solutions—Central Park, Brooklyn’s Prospect Park, Boston’s Emerald Necklace, among dozens of others, many designed with his longtime collaborator Calvert Vaux—were just as radical. Today we take much of his thinking for granted while rarely acknowledging the fact that, through industrial agricultural practices, resource extraction, and atmospheric monkeying, we have landscaped the entire world to suit our needs. Every square inch of land on Earth has been altered by our presence. Yet in the process we have failed to follow Olmsted’s conclusions to their logical end. If his theories about public greenswards could be applied to towns and cities, why shouldn’t they be applied to the planet as a whole?

Until Olmsted created a new occupation for himself—he and Vaux were the world’s first professional landscape architects—he lived what he called a “vagabond life, generally pursued under the guise of an angler, a fowler or a dabbler on the shallowest shores of the deep sea of the natural sciences.” He was, in other words, a dilettante. His father, a prosperous dry-goods merchant in Hartford, Connecticut, supported him. Born in 1822, Olmsted claimed that he had been destined for a Yale education until, at the age of 14, he suffered severe sumac poisoning, which left him temporarily blind. Witold Rybczynski casts doubt on every fact of this assertion in his book about Olmsted, A Clearing in the Distance, arguing that the eye problems were more likely caused by conjunctivitis, and were not serious enough to interfere with schoolwork. In any case, Olmsted’s formal education ended when he was 15. He professed interest in becoming a land surveyor but soon set out to travel the world.

He worked as an apprentice seaman on a tea ship sailing to China. He ran a farm purchased by his father on Staten Island. He journeyed through the American South, where he filed a series of influential newspaper reports that were later published, with additional material, as A Journey in the Seaboard Slave States. But it was a trip by foot through England in 1850 that awoke him to the value of public pleasure grounds. In a suburb of Liverpool, he visited Birkenhead Park at the urging of a local baker and was flabbergasted:
Five minutes of admiration, and a few more spent in studying the manner in which art had been employed to obtain from nature so much beauty, and I was ready to admit that in democratic America, there was nothing to be thought of as comparable with this People’s Garden.

Olmsted was especially excited to discover that Birkenhead’s beauty was shared “about equally by all classes”: men, women, children, sheep. This was novel at a time when most parks tended to be located within private estates or, as in the case of New York City’s Gramercy Park, locked behind gates, the keys reserved for wealthy neighbors. Birkenhead, not yet five years old, was the first park in England to be publicly funded.

In an entry on parks written in 1861 for The New American Cyclopaedia, Olmsted explains that the earliest examples were pastures that English noblemen enclosed with fences to create deer pens. Trees were felled to create more open space, and the browsing deer served as lawn mowers, keeping the broad fields tidy. Olmsted goes on to discuss every pleasure ground then known to man, from Nebuchadnezzar’s Hanging Gardens of Babylon to the Tuileries garden in Paris, Florence’s Cascine park, and St. Petersburg’s pristine summer gardens, of which it was said that “a policeman watches every leaf to catch it, if it falls, before it reaches the ground.” The St. Petersburg gardens were the apotheosis of a sensibility that Olmsted, in another essay, dates back to the 15th century, “of which the chief characteristics were trimness, orderliness, framedness, surface fineness.” It was understandable, the compulsion to tame and sterilize nature. Since the dawn of civilization, human beings had viewed the natural world with suspicion, if not terror. In the Bible, the word wilderness connotes dread, danger, bewilderment, chaos. 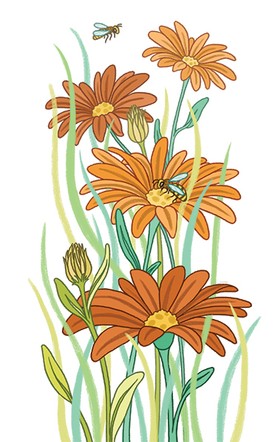 This view began to change in the early 19th century when Alexander von Humboldt wrote about the natural world with a sense of wonder and delight, influencing such acolytes as George Perkins Marsh, Charles Darwin, and Henry David Thoreau. As cities grew increasingly mechanized, populated, and ordered, residents sought transcendence in rural landscapes.

Wilderness could not be easily dropped into the middle of American cities, however. When Olmsted and Vaux entered a proposal for the design of Central Park, the “Greensward Plan,” their canvas was a desolate, rocky plot of more than 700 acres interrupted by swamps, steep ravines, and clay pits. The plot (later expanded to 840 acres) was occupied by several settlements, most prominently Seneca Village, one of the city’s few middle-class black communities. There were also graveyards, which were never exhumed.

Olmsted recalled that the Birkenhead site had not been in much better condition before that park’s creation—“a flat, sterile, clay farm.” In Central Park, Olmsted applied the lessons he had learned there, re-creating the winding paths, the variety of shrubs and flowers, the vast open meadows, the irregular clustering of trees. He developed a series of rules that he would follow in his subsequent projects, which included not only dozens of municipal parks but college campuses (Stanford, UC Berkeley, Gallaudet, Trinity College); private estates (George Vanderbilt’s Biltmore and John D. Rockefeller’s Kykuit); national sites (the grounds surrounding the U.S. Capitol, and Niagara Reservation, the country’s oldest state park); and Riverside, Illinois, one of the nation’s first planned suburbs. Olmsted’s success helped create not only a profession, but an aesthetic.

his first principle was that a park should complement the city to which it belongs. If a city is cramped, crowded, and rectilinear, its park should be composed of sinuous thoroughfares and a variable topography that includes large open spaces. The “comparative largeness” of Central Park was essential, since a park should “be a ground which invites, encourages & facilitates movement.” The giddy impulse you feel, upon arriving at the Great Lawn or Sheep Meadow, to burst into a full-out sprint—that is by design.

A park should also be faithful to the character of its natural terrain. It was in “bad taste,” for instance, to grow lawns in the arid western United States or palm trees in New England. Beauty was to be found not in decorative plants, as one might expect from a florist’s display window, but in general effects. Trees should be grouped in such a way that “their individual qualities would gradually merge harmoniously.” In one of Olmsted’s earliest memories, he planted a seed from a honey locust tree and, returning to the site a year later, discovered a sprig of leaves. By the time he was 12, it had grown into a sapling. Decades later, he found that his honey locust tree had been chopped down. After a momentary sentimental twinge, Olmsted concluded that he was glad the tree was gone, “for its individual beauty was out of key with the surrounding[s].”

Man-made structures were also out of key. When bridges or buildings were absolutely necessary, they should be built from local stone, heavily camouflaged with shrubbery and vines. One of his most remarkable technical achievements in Central Park was to make its four major crosstown thoroughfares disappear: He sunk them into the ground and hid them with foliage. Much of the park’s charm derives from the alternation of rolling expanses and hidden passages, such as those that thread through the Ramble, which create the illusion of privacy and mystery.

An unmistakable irony creeps vinelike through Olmsted’s landscape theory: It takes a lot of artifice to create convincing “natural” scenery. Everything in Central Park is man-made; the same is true of most of Olmsted’s designs. They are not imitations of nature so much as idealizations, like the landscape paintings of the Hudson River School. Each Olmsted creation was the product of painstaking sleight of hand, requiring enormous amounts of labor and expense. In his notes on Central Park, Olmsted called for thinning forests, creating artificially winding and uneven paths, and clearing away “indifferent plants,” ugly rocks, and inconvenient hillocks and depressions—all in order to “induce the formation … of natural landscape scenery.” He complained to his superintendents when his parks appeared “too gardenlike” and constantly demanded that they “be made more natural.”

Olmsted recognized the contradiction, and struggled with it. If natural beauty was the goal of landscape architecture, then wouldn’t “the best result of all man’s labor … be but a poor counterfeit”? For that matter, why not simply leave nature as it was? Why interfere with organic processes, adding shrubs here, thinning trees there?

Olmsted himself had a good imagination. He foresaw that Central Park, built at what was then the northern end of New York City, would one day lie at the heart of a metropolis of millions. He predicted the expansion and enrichment of Boston, San Francisco, and Chicago, and prioritized the value that unborn generations would gain from his designs over immediate effects. He was one of the earliest preservationists, demanding the protection of the Yosemite Valley, and among the first to explain why rural areas must be defended against the “anxiety to sell out.” 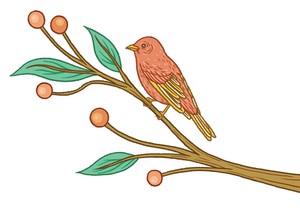 But Olmsted did not foresee that the entire planet would become a park. Biologists, if not the general public, have understood for decades that the Earth is our canvas. The question is, what kind of artists will we decide to be? What kind of taste will we have? Our recent history isn’t promising. We continue to place lawns and swimming pools in deserts, skyscrapers in swamps, and mansions on beaches. In search of fuel, we decapitate mountains, turn forests into lumberyards, and break our promises to defend the sanctity of public land. We reserve our most beautiful landscapes for the wealthiest, restricting the poor to overcrowded slums or depleted agricultural zones. Unlike Olmsted, we tend to favor temporary effects at the expense of the future.

We have already become landscape architects but we have not used our powers as artfully as we might. We have left too much to chance, too little to design. We remain apprentices. But Olmsted, the master of the form, has left behind a clear instruction manual. From the grave he urges us to use our increasingly sophisticated tools to make our global landscape more beautiful—more “natural.”

Email ThisBlogThis!Share to TwitterShare to FacebookShare to Pinterest
Labels: parks