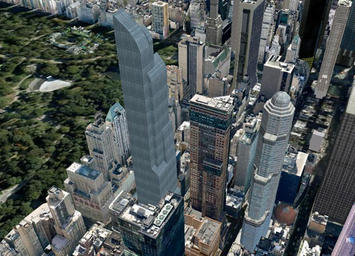 “The heresy of heresies was common sense”—George Orwell

The stories we tell affect the lives we lead. I do not mean to be abstract here. I mean, literally, the stories that are told make up a kind of meta-reality that soaks in us to form a “truth”. This “truth” affects policy, which affects investment, which affects bricks and mortar, pocketbooks, and power. Eventually, the “truth” trickles down into a more real reality that defines the lives of the powerless.

The story du jour in urban policy is one of density. The arc of the story is that cities are places where “ideas come to have sex”. The lovechild is innovation. The mood lighting is creative placemaking.

The Kama Sutra of density reads this way: creative people cluster in cities that are good at lifestyle manufacturing. The more people that are sardined the higher likelihood there will be “serendipitous” encounters. The more serendipity in a city the better chance the next “big thing” will occur. The next “big thing” will lead to a good start-up, which will lead to an agglomeration of start-ups, termed an “Innovation District”. Detroit becomes Detroit 2.0 then.

Take the recent New York Times piece entitled “What It Takes to Create a Start-up Community”. In it, the writer interviews urbanist Richard Florida. “Population density, [Florida] said, allows for the serendipitous encounters that inspire creativity, innovation and collaboration,” reads one key passage in the piece.

The story goes on to highlight the emerging tech hub of Boulder as the exemplar of the story of density. One problem: Boulder, a city of less than 100,000, isn’t dense, with a population per square mile of 3,948. The writer moves the goal posts a bit and says the city “is an unusual case of density”, before going on to question whether a start-up community can be created in a city like Detroit that “lacks density”. Yet Detroit, despite being a land mass comprised of one-third vacant land, is denser than Boulder, at 5,144 people per square mile. In all, Aristotle would have a field day with the piece. 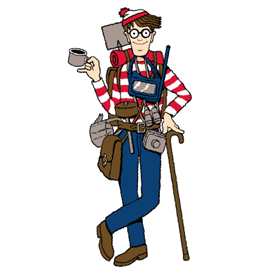 To be fair, also on the list are San Francisco, Boston, and New York. In the case of Boston and San Fran, the tech clustering is a legacy asset---including large venture capital funds --- from decades prior, not the result of the story of density. New York, under Mayor
Bloomberg, has supposedly gone whole hog on the “idea-sex in the city” script, yet tech is but a speck on the universe that is New York City’s economy.

For example, Kings County, home to Brooklyn, numbers 25 on the list of places with highest percent of tech job growth, yet Brooklyn’s Job Index—calculated as new tech/information jobs between 2007 and 2012, as a share of 2007 total private sector employment—is just 0.4, meaning the number of new tech jobs in Brooklyn represents less than half a percent of total private employment. Given the information sector as a whole is hemorrhaging jobs according to a recent Harvard Business Review, the scaling of fledgling tech towns is unlikely. This is especially true for cities like New York that—while enriched with the chattering class buzz stoking the story of density—simply lacks the engineering talent of Boston, Silicon Valley, Houston and yes, Detroit , to make the “scene” something than just that: a scene.

But let’s play along anyway, as that’s the power of the story of density: reality doesn’t bite. So, say Brooklyn can become the next Silicon Valley. This likelihood depends on two assumptions that define the story of density: “cooling” a city will draw top tech talent, and then packing them in to luxury condo towers and mixed use districts will form creativity incubators.

First, the idea that manufacturing cool spurs a start-up scene is spurious at best. I mean, has this ever worked? Please don’t say Austin, or any number of college towns or state capitals or places with boutique streets that depend largely on transfers from taxpayers --- and parents! --- to their privileged burgs. Many of these place, like Austin and Raleigh, are themselves far from dense urban nodes, but are exceptionally spread out.

What about Boulder? In the piece “How Boulder Grew Into a Hub for Start-Ups”, the writer questions venture capitalist Brad Feld, a huge player in the Boulder tech scene, about what brings entrepreneurs to communities like Boulder. Feld throws his hands in the air:


“People want to live where they want to live. You should figure out where you want to be and build a life around it. Different geographies attract different people.”

Why did Feld move to Boulder?

There are things that do appeal to innovators, however. Affordability is an appeal, so says a recent survey of London techies who are decamping from the capital, if only because outrageous rents prevent a “start-up” of anything.

Over in Berlin, the tech scene is struggling despite the “Berlin geek chic” culture that unfolded. The city’s tech leaders think Berlin needs to be more conventional than cool. “[T]he jury is still out on whether [Berlin’s] a great place to truly grow that company into a mature startup," notes Marc Strigel, head of SoundCloud. "Both the authorities and startups could do much more in promoting Berlin for families, for these world-class talents we definitely need."

The second assumption relates to the idea that sardining people will ultimately lead to serendipity and innovation. I smell underpants gnomes. Specifically, in an episode of South Park, creators Trey Parker and Matt Stone expose the blind loyalty attached to the façade of “expertise”. The episode goes like this: the characters need a presentation for class. One of the boys talks about a group of gnomes that inexplicably sneak into his house to steal underpants. There’s got to be a reason, right? They confront the gnomes who, claiming to be business experts, explain their business plan as thus: Step 1: Collect Underpants. Step 2: ?. Step 3: Profit.


The story of density has the same logic gap. Step 1: Population density. Step 2: ?. Step 3: Innovation. Density gurus will claim Step 2 relates to serendipity. But serendipity is chance. How do you plan for chance? Even if you could, creative classification is largely a process of homogenization by class, age, and profession, which, according Rita King of Science House, erodes the possibility of meaningful chance encounters. “Artists bumping into other artists or business people bumping into other business people or Mormons bumping into other Mormons, etc., isn’t real serendipity,” notes King. San Francisco in many ways is more a monoculture than the highly diverse suburbs that surround it.

Okay, so if the story of density really isn’t about innovation then what is it about? The answer can be found in a recent article entitled “Urban Prophet” in the real estate trade mag Property Week. The piece quotes Albert Ratner, chairman of US real estate firm Forest City Enterprises, on his reading of Florida’s The Rise of the Creative Classes, the first book in the story of density. “You have given real estate developers the playbook,” notes Ratner.

Put simply, the point of sardining is to make as much money as possible for those who already  have the most . This is the raw truth that fuels the hype, and of course pays for it as well. But it’s a tough sell to neighborhoods and cities increasingly experiencing the negative effects of real estate wealth jamming, and more broadly wealth inequality. Enter the story of density to make another “truth”.

In reality, the story of density is a fiction and it’s high time we start rewriting the book.

Richey Piiparinen is a writer and policy researcher based in Cleveland. He is co-editor of Rust Belt Chic: The Cleveland Anthology. Read more from him at his blog and at Rust Belt Chic.

Posted by Save Marinwood at 9:02 AM