The Unbalanced Cost of PCE Spills

PDF Version
As nearly all dry cleaners have become keenly aware, the use of tetrachloroethylene (PCE) in the textiles industry and the management of wastes resulting from its use have become as heavily regulated as nearly any other industrial chemical to date.  In fact, environmental concerns resulting from the current or historical use of PCE are practically as common as those arising from gasoline stations.  As discovered by an increasing number of dry cleaner owners or operators; however, the amount of time and money that is required to investigate and ultimately clean-up sites that have been impacted with PCE can be several times higher than at typical gas station sites.  Additionally, it seems that PCE releases are on every regulator’s radar these days.  This article discusses a few of the complicating factors about PCE releases that make them so unique.
PCE is Heavier than Water
Part of the reason that PCE releases are so challenging to investigate and remediate pertains to the properties of the chemical itself.  The specific gravity of PCE solvent is 1.6230, which means that it is over 60% heavier than water under normal conditions.  This characteristic makes it possible to recover and reuse solvent from mixtures with water in gravity separators.  To demonstrate, let’s first look at the example of how petroleum releases behave in the subsurface.
Petroleum products, including Stoddard solvent, are less dense than water.  A significant release of gasoline or petroleum solvent will typically travel downward through soils where a portion of the impacts will have a propensity to be caught up in the soil matrix.  Once a petroleum spill reaches the groundwater table it floats and migrates horizontally.  As a result, most petroleum releases are fairly shallow in nature and comparatively simple to reach for remediation purposes.
Releases of chlorinated solvents, such as PCE, also travel downward.  Once the release comes into contact with groundwater, a fraction of the PCE will start dissolving until its solubility limit is reached.  The remaining portion will continue to travel downward until an obstruction is reached, such as a clay layer, where it may pool and act as a deeper source by continuously dissolving PCE into the water.  If multiple subsurface clay layers exist there may be multiple continuing sources of groundwater impacts.  As a result, releases of PCE can be deep and very complex in the subsurface.  Additionally, if not carefully designed and implemented by an environmental consultant experienced with PCE releases, clay layers may be penetrated by soil borings and pooled solvent may be remobilized into deeper aquifers; making conditions worse. 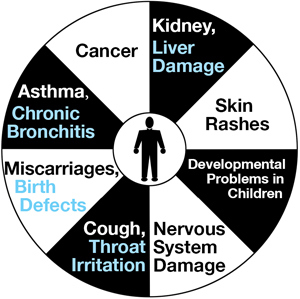 PCE is Resistant to Natural Breakdown
There are naturally occurring microbes in the subsurface that breakdown organic pollutants into less toxic or non-toxic substances through a process called biodegradation, or bioremediation.  These microbes may directly ingest the pollutant, breakdown it down chemically for use as energy (electron transfer), or give off enzymes that destroys its chemical bonds.  The ability of microbes to use (metabolize) the pollutants depends on the chemical characteristics of the subsurface, and what types of microbes are present.  In most microbes, including bacteria, the metabolic process requires the exchange of oxygen and carbon.
The biodegradation of petroleum compounds is conducted largely by populations of microbes that thrive in an oxygen-rich subsurface environment.  Recall that most petroleum impacts are present in the upper most part of the groundwater table where oxygen from the atmosphere is more likely to result in high levels of dissolved oxygen.  Therefore, many petroleum releases are already in the process of naturally occurring biodegradation before they are even discovered.  In fact, studies have shown that most petroleum groundwater plumes don’t extend much beyond 400 feet from the source area.  A common and cost-effective remediation strategy in these situations involves simply monitoring the effects until cleanup objectives are reached, which is called Monitored Natural Attenuation.
Conversely to petroleum releases, the type of microbes responsible for the biodegradation of PCE and other chlorinated solvents thrive in a subsurface environment without oxygen (anaerobic conditions).  The most common anaerobic process for degrading PCE is an electron transfer process called reductive dechlorination.  In this process, hydrogen atoms present in the groundwater are substituted for chlorine atoms in the solvent molecule in order to release an electron during the microbes’ respiration process.  For this to occur, it is necessary for there to be an adequate supply of food to sustain the microbe population during the process.
Using PCE as the primary contaminant during ongoing reductive dechlorination, each time a chlorine atom is plucked off of the parent molecule; PCE turns to trichloroethene (TCE), TCE to dichloroethene (DCE), DCE to vinyl chloride, and vinyl chloride to ethene.  The conditions present in the subsurface can be studied carefully and a remediation plan can be devised that takes advantage of this complicated, naturally occurring process to help achieve cleanup objectives where spills of PCE have occurred.  Many times, anaerobic conditions in the contaminated groundwater must be enhanced and a source of food for the microbes must be delivered to the subsurface to speed up the reductive dechlorination process.  This adds significant cost and time to remediation projects, as compared to the monitored natural attenuation of a petroleum plume.
PCE Vapors are Persistent and Mobile
Not only is PCE resistant to natural degradation when it is dissolved in groundwater, it also can remain in the subsurface in its vapor phase for a long period of time without breaking down.  As all dry cleaners know, the volatile nature of PCE means that it will evaporate from a liquid to a vapor easily; that is one of the characteristics that make it such a good cleaning solvent.  However, once PCE is released to the subsurface it also volatilizes and disperses through unsaturated soils.  If the vapors reached an occupied structure and migrate into the occupied space, vapor intrusion (VI) has occurred.  VI concerns are at the top of most every regulator’s list of concerns since PCE is considered a probable carcinogen, and the U.S. Environmental Protection Agency (EPA) is in the process of revising and finalizing its guidance on the issue. 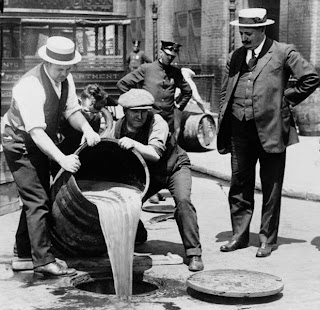 The petroleum hydrocarbon compound Benzene is a major component of gasoline spills, is also very volatile and is a known carcinogen.  In the presence of oxygen, once again, benzene vapors have been shown to naturally degrade in the subsurface environment.  As a result, the occurrence of VI concerns resulting from releases of petroleum products is limited.  Since PCE vapors do not readily breakdown, they have been known to travel great distances from even minor solvent spills.  Many dry cleaners are located close to their customers in highly populated areas, and as a result the risk of VI to occur from a subsurface release is compounded.  The VI exposure pathway is an extremely complicated process, which requires a sophisticated and knowledgeable environmental professional to adequately investigate and address.
Although the cost of investigating and addressing VI issues can greatly affect the total dollar amount of PCE remediation projects, the potential cost of third-party legal concerns related to off-site migration of PCE vapors are typically not even quantified.
These are only a few of the reasons that releases of PCE from neighborhood dry cleaners are commonly so much more expensive to address than those from the typical corner gas station.  It is crucial that owners and operators of dry cleaning operations that have historically used or presently use PCE be aware of all potential funding sources; such as historical insurance policies, or even potentially redevelopment clean-up grants.  Only a few states actually have remediation trust funds established for cleaning up dry cleaner sites.  If you find yourself in the unfortunate situation of having the financial responsibility for a release of PCE to the subsurface, be sure to consult with an environmental professional that fully understands the special issues related dry cleaner sites and can make smart, cost-effective decisions.
Posted by Save Marinwood at 7:12 AM