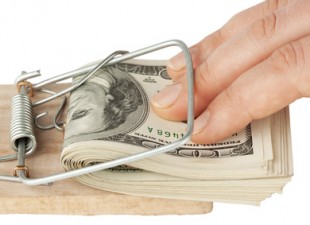 To help “very low-income families” live in better neighborhoods, the Obama administration has issued a sweeping order requiring the government to pay more for their housing so they can move to areas of higher opportunity and lower poverty. The final rule was announced in the federal register this month by the U.S. Department of Housing and Urban Development (HUD), the agency that annually spends tens of billions on rent for the poor.
A chunk of the money, an estimated $18 billion according to the Congressional Budget Office, goes to a program called Housing Choice Voucher (HCV), which is funded by HUD and administered by local public housing agencies. It allows recipients to choose housing in the private market and pays a set amount based on fair market rent for a metropolitan area. Under the new rule, which goes into effect in January, fair market rents will now be calculated by ZIP code so Uncle Sam will pay a lot more for people to live in nicer areas. Here’s an excerpt of the new regulation: “This final rule establishes a more effective means for HCV tenants to move into areas of higher opportunity and lower poverty by providing the tenants with a subsidy adequate to make such areas accessible and, consequently, help reduce the number of voucher families that reside in areas of high poverty concentration.”
HUD Secretary Julián Castro said in an announcement that the goal is to “offer these voucher-holding families more opportunities to move into higher opportunity neighborhoods with better housing, better schools and higher paying jobs.” The agency decided to spend more money to house the poor after a group of Ivy League social scientists published a study on the effects of moving families away from neighborhoods with deeply concentrated poverty to low-poverty environments. They found that children who moved to low-poverty neighborhoods before the age of 13 did better as adults, had significantly higher earnings and a greater likelihood of attending college. To keep with one of the agency’s key missions of “fostering opportunities for economic mobility,” American taxpayers will foot the bill for the higher rent in more upscale neighborhoods.
To justify the added expense HUD is playing the race card, asserting that the current method of doling out vouchers “has not proven effective in addressing the problem of concentrated poverty and economic and racial segregation in neighborhoods.” The agency fully expects that when the new system kicks in it will be “more effective in helping families move to areas of higher opportunity and lower poverty.” To some this may sound like social engineering and yet another Obama administration example of spreading the wealth around. For instance, the “better jobs” argument is a huge red herring, particularly in the area surrounding the capitol, which will be deeply impacted by the new rule. For example, the highest new fair market rent areas in the District of Columbia are in the northwest while the lowest are in the southeast. Commuting to downtown is actually easier from the southeast because of its proximity, metro rail coverage and bus routes. Also, the highest rent allowances in the area are in places like Fairfax—again, far less accessible to employment centers than anywhere in the District.
The new regulation will have a significant impact on the composition of targeted neighborhoods. As an example: In 2016, the fair market rent for the entire D.C. metropolitan area for a two-bedroom apartment was $1,623. Under the new rule, voucher amounts in the D.C. area will range up to $2,420 a month for a two-bedroom apartment in northwest D.C and parts of Fairfax and Arlington counties. Among the areas that will implement the new system are the nation’s largest cities, including Chicago, Dallas, Atlanta, Philadelphia and San Antonio. HUD claims that its current system artificially inflates rents in some higher poverty neighborhoods rather than incentivize voucher holders to move to higher opportunity neighborhoods.
This is an agency that’s been embroiled in a multitude of serious scandals—under both Democrat and Republican administrations—over the years and Judicial Watch has reported on many of them, including the discovery that $200 million had been wasted at local public housing agencies run by people with “troubled backgrounds” in high-ranking positions. Agency leadership has also been rocky over the years. George W. Bush’s HUD secretary, Alphonso Jackson, was forced to resign in the midst of a federal investigation involving cronyism. Bill Clinton’s HUD secretary, Henry Cisneros, pleaded guilty to lying to the FBI about payments to a mistress. Ronald Reagan’s HUD secretary, Samuel Pierce, was involved in an influence-peddling scandal that saw 16 people, including some of his top aides at the agency, convicted.
Posted by Save Marinwood at 7:42 AM