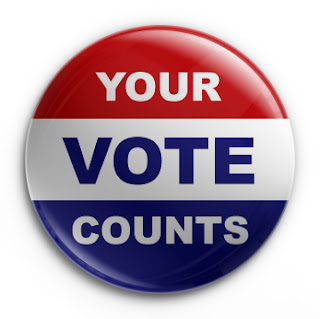 I’ve been trying to figure out what common trait binds Clinton supporters together. As far as I can tell, the most unifying characteristic is a willingness to bully in all its forms.

If you have a Trump sign in your lawn, they will steal it.

If you have a Trump bumper sticker, they will deface your car.

if you speak of Trump at work you could get fired.

On social media, almost every message I get from a Clinton supporter is a bullying type of message. They insult. They try to shame. They label. And obviously they threaten my livelihood.

We know from Project Veritas that Clinton supporters tried to incite violence at Trump rallies. The media downplays it.

We also know Clinton’s side hired paid trolls to bully online. You don’t hear much about that.

Yesterday, by no coincidence, Huffington Post, Salon, and Daily Kos all published similar-sounding hit pieces on me, presumably to lower my influence. (That reason, plus jealousy, are the only reasons writers write about other writers.)

Joe Biden said he wanted to take Trump behind the bleachers and beat him up. No one on Clinton’s side disavowed that call to violence because, I assume, they consider it justified hyperbole.

Team Clinton has succeeded in perpetuating one of the greatest evils I have seen in my lifetime. Her side has branded Trump supporters (40%+ of voters) as Nazis, sexists, homophobes, racists, and a few other fighting words. Their argument is built on confirmation bias and persuasion. But facts don’t matter because facts never matter in politics. What matters is that Clinton’s framing of Trump provides moral cover for any bullying behavior online or in person. No one can be a bad person for opposing Hitler, right?

Some Trump supporters online have suggested that people who intend to vote for Trump should wear their Trump hats on election day. That is a dangerous idea, and I strongly discourage it. There would be riots in the streets because we already know the bullies would attack. But on election day, inviting those attacks is an extra-dangerous idea. Violence is bad on any day, but on election day, Republicans are far more likely to unholster in an effort to protect their voting rights. Things will get wet fast.

Yes, yes, I realize Trump supporters say bad things about Clinton supporters too. I don’t defend the bad apples on either side. I’ll just point out that Trump’s message is about uniting all Americans under one flag. The Clinton message is that some Americans are good people and the other 40% are some form of deplorables, deserving of shame, vandalism, punishing taxation, and violence. She has literally turned Americans on each other. It is hard for me to imagine a worse thing for a presidential candidate to do.

As far as I can tell, the worst thing a presidential candidate can do is turn Americans against each other. Clinton is doing that, intentionally.

I hope you have too. Therefore…

I endorse Donald Trump for President of the United States because I oppose bullying in all its forms.

I don’t defend Trump’s personal life. Neither Trump nor Clinton are role models for our children. Let’s call that a tie, at worst.

The bullies are welcome to drown in their own bile while those of us who want a better world do what we’ve been doing for hundreds of years: Work to make it better while others complain about how we’re doing it.

Today I put Trump’s odds of winning in a landslide back to 98%. Remember, I told you a few weeks ago that Trump couldn’t win unless “something changed.”

Something just changed.
Posted by Save Marinwood at 12:00 PM