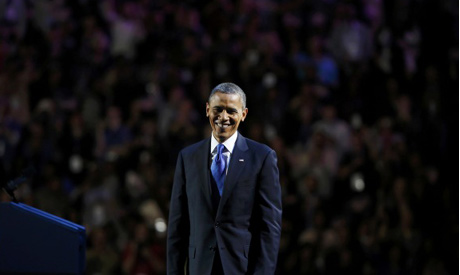 What state is Dubuque in? If you answered Chicago, you are correct. Chicago’s no state, you say? Don’t be so 18th century — so “constitutional.” Dubuque is in Chicago, which is now a kind of state. Or to put it differently, the Obama administration is in the process of replacing our entire system of government — made up of nested local, state, and national, levels — with a regional framework. In Obama’s new dispensation, suburbs, small towns, and modest-sized cities like Dubuque will be turned into subordinate satellites of regional mega-cities like Chicago, regardless of which state these local governments are formally a part of.

Welcome to the world of “Affirmatively Furthering Fair Housing” (AFFH), President Obama’s transformative new regulation. How will AFFH work? The city of Dubuque gives us one of our best and most frightening previews yet. I hope the presidential candidates are watching, because Obama’s new AFFH regulation and the Dubuque fiasco ought to be an issue in this year’s Iowa caucuses. I also hope American citizens pay attention to the travesty in Dubuque, because it’s not too late to save your hometown from Dubuque’s fate. (I’ll tell you how to do this below.)

An account of Dubuque as a forerunner of a post-AFFH world comes to us courtesy of a stunning report by Deborah Thornton, a policy analyst for Iowa’s Public Interest Institute. The report tells the story of how Dubuque was pressured to cede large swathes of its governing authority to the Department of Housing and Urban Development, which has forced the city to direct its limited low-income “Section 8” housing resources, not to its own needy citizens, but to voucher-holders from Chicago.

Unlike the more familiar forerunner of AFFH, Westchester County, Dubuque is not an upper-middle-class suburb but a small and economically struggling city. At $44,600, median income in Dubuque is well below the state median of $51,843. Like other nearby Mississippi river towns with aging populations, Dubuque is hard-pressed to provide good jobs and decent housing for the low-income people already there: poor families with children, retired elderly, and disabled adults. The city’s priority is to revive its economy by keeping its young people from moving away, and by attracting new residents who are willing and able to start businesses. Like any city, Dubuque’s first obligation is to see to the needs of the citizens who already live there, vote, and pay taxes. Or so it was in pre-AFFH America.

Our story begins about eight years ago. Just as Dubuque was reeling from the effects of the 2008 recession and dealing with an uptick in its own low-income housing needs, the city was hit with a wave of “Section 8” low-income housing voucher applicants from Chicago. A few years earlier, Chicago had systematically demolished its most drug- and crime-ridden high-rise public housing facilities, using grants from HUD. Yet through its own mismanagement, Chicago had failed to properly replace its now depleted low-income housing stock, leaving many Chicago residents looking to use their Section 8 vouchers elsewhere.

With many more Section 8 applicants than it could house, Dubuque instituted a low-income housing point system granting preference to Dubuque residents, county residents, state residents, and out-of-state residents, in that order. Although HUD’s rules ostensibly allow localities to craft their own housing priorities, Dubuque’s point system was deemed unacceptable by HUD. The feds undertook a review of Dubuque’s housing policy that effectively treated the city as part of greater Chicago.

This, of course, is ridiculous. Dubuque is 200 miles and a four-to-five hour drive away from Chicago, even without traffic. And of course the two cities are in different states. But by effectively treating Dubuque and Chicago as part of the same “region,” HUD was able to declare Dubuque’s low-income housing point system discriminatory. Since the vast majority of Section 8 applicants from Chicago were African-Americans, Dubuque’s preferences for citizens of its own city, county, and state were deemed racist. HUD insisted that Dubuque would have to admit housing applicants in conformity with the demographics of the larger (HUD-defined) region. Somehow Dubuque had become a satellite of Chicago.

Having previously accepted HUD funding through the Housing Choice Voucher (Section 8) program, as well as HUD’s Community Development Block Grant program, Dubuque was formally obligated to “affirmatively further fair housing” in whatever way HUD defined that obligation. Refusal to submit to HUD’s dictates would have led to the withdrawal of federal funding, a lawsuit for supposed discrimination, or both. The cowed elected officials of Dubuque accordingly signed a “voluntary” (in truth, forced) consent agreement that effectively ceded control of the city’s housing policy to HUD for at least five years.

Under HUD’s detailed oversight, Dubuque must now actively recruit Section 8 voucher holders from the Chicago area. In fact, as of January 2015, the percentage of African-American voucher users in Dubuque was larger than the percentage of African-Americans living in Chicago. The problem is that very few of these new public housing residents have ever lived or paid taxes in Dubuque, or even Iowa. The feds have essentially commandeered Dubuque to solve Chicago’s public housing shortage. HUD’s diktat also imposes a huge administrative burden on Dubuque, with monthly, quarterly, annual, and five-year plans to be filed and followed up on. (Yes, a “five-year plan.”) Having “voluntarily” consented to a federal takeover, Dubuque is now obligated to follow HUD’s every command for at least five years.

Thornton rightly notes that Dubuque is a template for the coming implementation of AFFH. The rule will make it easy for HUD to effectively annex other Iowa river-towns—like Clinton, Davenport, and Burlington—to greater Chicago, although those cities are no closer to Chicago than Dubuque. The same pattern will play out nationally under AFFH, Thornton warns.
In a post-AFFH world, every region of the United States will be compelled “to meet nationally determined standards for the management and makeup of every aspect” of local life, says Thornton. AFFH will also force local communities into regional consortia directed by what Thornton calls “unelected governing boards who do not represent the voters.” Those electorally unaccountable regional commissions, she continues, “will set targets for the desired percentage of ‘types’ of people to live in each area of the region.” Cities and businesses, “buried under mounds of paperwork,” will have no choice but to submit.

How can a housing rule control every aspect of local life? It’s far easier than you might imagine. AFFH redefines “fair housing” to include proximity to transportation, jobs, and schools. This will effectively extend the power that HUD now exercises over Dubuque’s housing policy to nearly every other aspect of local development and planning. Under AFFH, once a town takes HUD money, it effectively loses control not only over housing but schools, zoning, transportation, the environment, and business location.  As Thornton concludes, “If you take their money, you play by their rules.”

Dubuque shows that, over time, Obama’s AFFH rule could spell the end of local government in America. Thornton rightly warns against the regional consortia provided for in AFFH.  Once HUD pressures a municipality into such a regional governing entity, local control is lost. But the Dubuque case strikes me as an even scarier precedent than Thornton implies. A city may not even have to formally join a regional consortium to lose its capacity for self-government.

After all, HUD didn’t need to force Dubuque to formally join a regional consortium in order to turn it into a satellite of Chicago. All the feds had to do was classify Dubuque as part of greater Chicago, then judge the city’s housing demographics as out-of-balance with reference to the racial and ethnic make-up of the region as a whole. At that point, a trumped-up charge of racism and threats to withdraw funding or file a lawsuit “logically” followed. Without joining anything, Dubuque is for all practical purposes now part of Chicago, essentially because HUD has declared it so.

AFFH makes this trick particularly easy to pull off because the rule instructs all localities in receipt of federal grants to analyze their housing practices with reference to “regional data” provided by HUD.  By forcing every town, small city, or suburb that takes HUD money to evaluate the “fairness” of its demographic mix with reference to the demographics of the nearest mega-city, HUD can effectively institute regional government in America by fiat. If the ethnic mix of your town is substantially different than the ethnic mix of a city even 200 miles, a five-hour drive, and another state away, you will have to recruit that city’s dominant ethnicities to populate your low-income housing, so long as HUD declares you to be in that “region.” As Iowa is to Chicago, so may New Hampshire soon be to Boston. Are you listening presidential candidates?
In its story on the announcement of AFFH, The New York Times quoted Secretary Julian Castro downplaying HUD’s intended enforcement efforts. Castro portrays the cutoff of federal funds as a last resort that he barely intends to use, if at all. Dubuque makes a mockery of Castro’s claim, unless you credit the absurd pretense that the Dubuque’s compliance agreement was in fact voluntary, rather than the response of a financially-strapped town to threats of federal defunding and/or lawsuits—threats levied on the basis of a thoroughly contrived “regionalist” premise. When it comes to housing, Secretary Castro is now forcibly controlling virtually every move Dubuque makes.

Come to think of it, Dubuque may not be in the state of Chicago after all. What state is Dubuque really in? If you answered H.U.D., you are correct.

If you don’t want your hometown to become the next Dubuque, there’s something you can do to prevent it right now. Organize your neighbors and force your local government to stop taking HUD money. (For more on how to do this, go here.)

— Stanley Kurtz is a senior fellow at the Ethics and Public Policy Center. He can be reached at comments.kurtz@nationalreview.com

Editor's Note: Go to the original article in the WSJ and read the reader comments.  Dubuque is a mess.
Posted by Save Marinwood at 12:00 PM