Fraud, Mismanagement and Budget Crises at the MTC 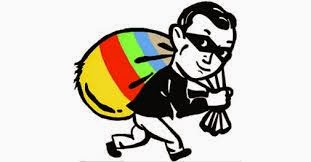 Daniel Borenstein: MTC commissioners allowing themselves to be misled on building costs


The executive director of the Metropolitan Transportation Commission has once again deceived his board and the public about costs and financing for the agency's legally questionable real estate speculation.
At issue are misguided plans to use toll-bridge money for a new regional government center in downtown San Francisco housing MTC, Association of Bay Area Governments, Bay Area Air Quality Management District and San Francisco Bay Conservation and Development Commission.
In 2011, MTC bought a 1942 building constructed by the Navy to provide assembly facilities for government projects. The $167 million project to purchase, gut and rehab the structure has ballooned 53 percent to $256 million. It won't be completed until December 2015, two years behind schedule.
Most cost increases haven't been due to unforeseeable expenses, but rather Executive Director Steve Heminger's failure to perform due diligence and include basic items in original estimates.
Three years ago, Heminger tried to ram through commission approval of the project without providing long-term finances, downside risks or assumptions essential for putting the deal together.
After criticism of the deal in this column, Heminger finally provided an analysis purportedly showing the bridge toll money for the project would be recouped over 30 years.
But the state auditor later concluded MTC used improper accounting methods that hid a $30 million shortfall. The auditor also chastised MTC for failing to disclose the risk and revealed that the chief financial officer withheld from the commission his own calculation showing the agency would not be able to repay the bridge toll money as promised.
In 2013, building costs jumped $56 million, due to design changes, seismic safety cost increases, and furniture, fixtures and equipment that were inexplicably omitted from original estimates.
Last month, costs jumped another $33 million. We learned that construction had been severely delayed because contractors had to work around a tenant, the U.S. Drug Enforcement Agency, which has yet to vacate its top-floor lab. It turns out that MTC bought the property without assurances all the tenants would move out.
The project also had already blown through its $18 million contingency budget and other costs had ballooned.
Heminger's latest deception comes when he explains how he plans to cover the latest cost overrun. Previously, MTC had committed $149 million of bridge toll money for the project. Heminger insists no more bridge toll money will be used.
Instead, he explains using masterful hairsplitting, the new money will come from savings the agency derived from refinancing bonds. But money paying those bonds derives from a pot with two sources, state funds in this case and bridge tolls.
In other words, if not for the latest overruns, savings from the bond refinancing could have gone
toward road and transit programs that usually rely on bridge toll revenues.
With one exception, the agency's commissioners, a collection of city, county, state and federal officials, have blithely gone along with this. Commissioner Steve Kinsey, a county supervisor from Marin, expressed concern about the diversion of more funds.
"We're ending up as a kind of a prima donna agency in the eyes of the public," he noted. "We're acting in ways that appear to be indifferent to the economic realities and the frustrations of the traveling public."
That's been true from the start.
The eight-story building is far more space than the four agencies need. To make it pencil out, MTC originally planned to lease out a majority of the building to help recoup costs. The state legislative counsel later concluded that MTC exceeded its legal authority by using bridge toll money to buy real estate it didn't need.
MTC commissioners and staff like to point out that the anticipated value of the building, once refurbished, has increased since 2011. They ignore that the reconstruction costs have increased by nearly the same amount.
They also emphasize that San Francisco office lease rates have significantly increased. But design and plan changes have cut the building's leasable space by about half.
So how does this project pencil out now? Randy Rentschler, MTC's legislation and public affairs director, says the agency has not recalculated how it will repay the toll money. And, sadly, commissioners haven't asked.
Posted by Save Marinwood at 11:22 AM