Marin has Highest Property Taxes in the State. 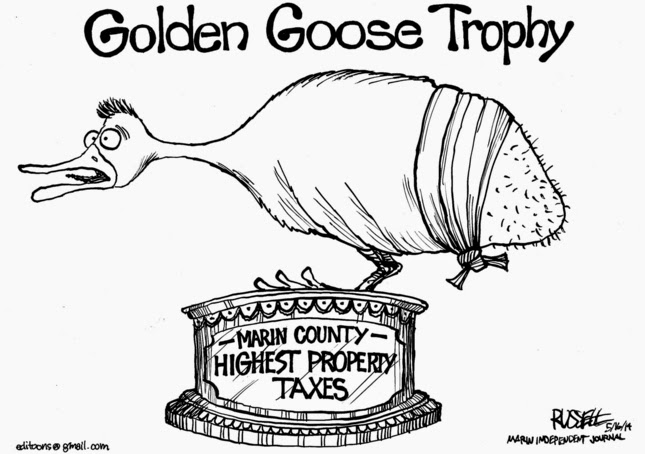 
Single-family homeowners in Marin County pay the highest property taxes in the state, according to an analysis by a national online real estate company.
Zillow, a Web-based real estate marketplace, reported last week that an analysis of 50,000 single-family properties in Marin showed homeowners paid an average of $8,434 in property taxes in 2012. Zillow spokeswoman Camille Salama said the company has been calculating this figure for counties across the nation.

According to Zillow's analysis, single-family homeowners in Santa Clara County ranked second and paid $7,496 in property taxes in 2012, followed by San Mateo County with $6,901 in property taxes and San Francisco County with $5,776 in annual property taxes.
But Richard Benson, Marin County assessor, said Marin wasn't at the top of the list when he divided Zillow's annual tax figures by the state Board of Equalization's average assessed value per parcel figure for single-family homes, which is $657,424. When he did this, Santa Clara County had the highest average tax rate per parcel. Marin came in third after Alameda County.

"If we were to make the assumption that Zillow's numbers could be correlated to the state Board of Equalization's, there's a little bit of uncertainty whether Marin truly ranks first," Benson said.

His calculations show Santa Clara has a tax ratio of 0.014, followed by Alameda with 0.0137 and Marin with a 0.0128 tax ratio. He said the ratios are nestled together in the same category.

"The rates aren't all that dramatically different," Benson said.

While all California homeowners pay 1 percent of their homes' assessed value as the basic property tax, rates grow when there are additional taxes that have been voted into existence by taxpayers, such as school, library and hospital bonds. These additional taxes vary in Marin from Novato to Sausalito.

San Rafael resident Joe Salama, a Marin United Taxpayers Association board member, said it's not a shock Marin homeowners pay some of the highest property taxes in the state.
"It's not surprising given the level of what I understand to be inefficient spending of taxpayers' money," he said. "It's upsetting."

"When they put out these bond issues on the ballot, they do not tell the taxpayers what the total amount will be to repay the bond," McCarthy said. "It's really deceiving to not let people understand the full extent of the price of that bond."

She said every ballot should have a list of the property taxes voters are already paying for, so people have an idea of the financial impact on property owners.
Benson said the amount of money Marin homeowners pay in property tax is less driven by the actual tax rate and more driven by the value of the real estate. Marin has the most expensive real estate in the state, with an average assessed value per parcel of $657,424 for single-family homes.

"We're a small county. Most of our real estate is open space and we have limited growth. We have high-value real estate," Benson said. "That's what's driving it."
San Mateo has the second-highest average assessed value per parcel for single-family homes at $603,166. Santa Clara comes in third at $536,537 and San Francisco takes fourth place at $522,119. 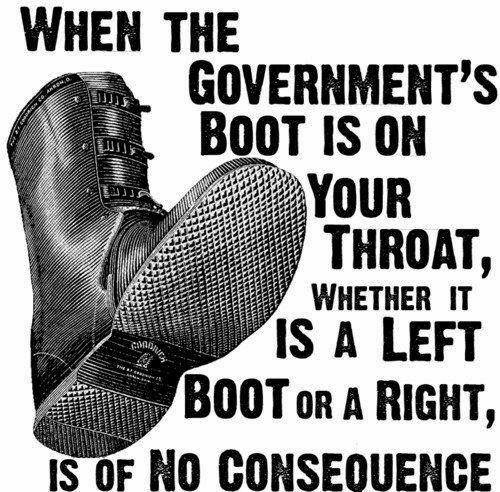