Editor's Note: The 100% low income housing model was abandoned years ago in favor of mixed developments with 20% low income with market rate housing.  Lower densities and mixed housing promotes greater social stability.  The large 100% Affordable housing developments tend to become islands of social problems and isolated from the rest of the community.  The proposed Marinwood Village Plaza is 100% affordable housing.  5 other developments representing 83% of all very low to low income housing in the county is planned for Marinwood-Lucas Valley.  It will increase our population by 25%.  Clearly, statistically at least, we will see an increase in all social problems with our increased population.   The Wyndover and Hamilton's Bay Vista project are still experiencing high crime since this article was written.  It is reasonable to expect similar results in Marinwood-Lucas Valley with the proposed housing developments.


Thomas Stucky and John Ottensmann are two professors in the IU School of Public and Environmental Affairs at Indiana University — Purdue University, Indianapolis. Both found that rates of violent crime are generally higher in areas with high-density residential developments. See report: Land Use and Violent Crime


“There seems to be something about (high-density residential) units that is associated with all types of serious violent crime, even controlling for the other factors in the model. Apparently, high-density housing units promote serious violent crime,” their report stated.
Hanna Rosin in an article in the July/August 2008 edition of Atlantic Monthly, titled “American Murder Mystery,” writes about high-density, low-income projects that do not cure poverty, or cure crime, but move both the poverty and the crime to a new location, where the poverty will continue and the crime will flourish.
It is my opinion that Wyndover Apartments and Hamilton’s Bay Vista are Novato’s poster children of low-income housing gone bad.
Wyndover Apartments and Hamilton’s Bay Vista are not considered affordable housing, or workforce, handicapped or senior housing, they are low-income housing.

Wyndover Apartment Homes on Diablo Avenue Novato is a 136-unit, high-density, low-income project that has been riddled with crime. The Novato police incident reports at Wyndover Apartments from June, 2009 to October, 2010 include, but are not limited to the following matters and allegations: child sexual abuse, child abuse, warrants, fraud, welfare checks, battery, burglary, sexual-related cases, a dead body, subpoenas served, domestic violence, disturbances by juveniles, extra patrol required, animal disturbances, school resource officer reports, restraining orders, assault, trespassing, drunk in public, probation violations, and drugs
From Oct. 1, 2010, to Oct. 21, 2010, there have been 22 police calls to the Wyndover Apartments. These calls have ranged from another child abuse report, to a woman intoxicated and on drugs wielding a deadly weapon — an axe.
The Novato police incident reports across the street from Wyndover, at the 7-Eleven convenience store, aren’t pretty either.
Eden Housing has chosen to build a 61-unit low-income senior citizens complex across the street from Wyndover apartments. The people of Novato have grave concerns about our seniors being put at risk at only a “stone’s throw” from so much crime. I, and many other like-minded people in Novato, hope that Eden Housing will warn future residents about the violence and crime across the street. Hopefully, Eden Housing will prudently hire a security guard 24/7 and have a state-of-the-art security system implemented at its future complex to protect the residents there.

Of the 708 Section 8 tenants in Novato, 83 live in the Wyndover Apartments. Novato does not receive any credit for the Section 8 tenants toward the city’s ABAG housing requirements, as the vouchers are tied to the person, not to the actual housing unit.
Fairfield Wyndover LLC, the owner of record for Wyndover, received a 55-year tax credit for low-income housing from the city of Novato. In addition, in 2004, Fairfield Wyndover LLC received a $21 million CSCDA (California Statewide Communities Development Authority) bond to rehabilitate the units.
The contract with Fairfield Wyndover LLC was requested in order to find out if there is anything that can be done to keep the investors accountable. Although the Novato City Council approved the tax incentives and bonds for Fairfield Wyndover LLC, the city of Novato staff does not have a copy of the contract and said the state has it. Currently, the state of California doesn’t know where the contract is. The California Tax Credit Allocation Committee monitors compliance for rental housing with tax-credit financing; yet it appears the agency only monitors the income levels of residents and the physical condition of the facility. Who monitors the crime?
We see the tax breaks and incentives and the consistent guaranteed Section 8 income the investors of Fairfield Wyndover LLC get for having this low-income project, yet the surrounding community has suffered. What are the incentives now for the investors of Wyndover to consistently upgrade their units in the next 55 years, now that they have gotten all of the perks up front?
When I asked the Novato Police Department about declaring Wyndover a public nuisance because of all the crime, they referred me to the city of Novato’s Code Enforcement Division. When I called the city’s code enforcement personnel, they referred me to the NPD.

Novato’s Bay Vista low-income, medium-density housing in Hamilton is another failed project subsidized by the people’s tax dollars. I have been told that residents from Bay Vista have been recruited from Marin City, east Oakland and Richmond. This 220-unit complex is rippled with crime like Wyndover and has similar police incident reports. The 2007-2008 Marin County Civil Grand Jury reports, “(gang) activity (is) increasing in Novato and Marin City”, the report found the gang, “The Surenos (who are more numerous in Novato than the Nortenos) live in a few small neighborhoods of densely compacted apartments in the southern half of the city — Bay Vista, the northern end of Alameda del Prado, and the Leafwood complex ….”
What has happened at Wyndover Apartments and Bay Vista is what could happen all over Novato — if sky-scraper, high-density, low-income units are imposed on our community by the state’s housing mandates.
The people of Novato have no control over who will oversee the McMonster low-income projects once they are built, nor of the management. In my opinion, Wyndover Apartments and Bay Vista clearly do not screen tenants appropriately — and look what has happened.
The law-abiding residents of Wyndover Apartments and Bay Vista deserve to live safely in their complex. The children who live at Wyndover and Bay Vista deserve to be safe. The neighborhoods surrounding Wyndover Apartments and Bay Vista deserve to be safe. The people of Novato deserve to be safe. Are we?
I asked Novato City Manager Michael Frank if we could fix the problems that Novato has with the current crime in our low-income housing before we move forward on bringing more low-income housing into Novato.
He stated, “Any issues with Bay Vista (and Wyndover) are unrelated in my mind to the process of the housing element.”
Novato hasn’t fixed the problems we have from these projects, yet Novato is currently being required by the state to move forward to bring more low-income housing in.
I do understand and acknowledge there are wonderful affordable and low-income housing projects. For example, Edgewater housing in Larkspur is a successful model. This is the example the housing advocates use on many of their flyers and speeches. I agree that it is a successful model. It is also 28 units on 4.25 acres and is low-density. Nova-Ro’s senior housing, run by the Rotary Club of Novato, is another successful model. Fortunately, Rotary is private, and the complex is not run by the state.
I believe in helping with the legitimate needs of those who are less fortunate. I support low-income; low-density housing that is well managed. Perhaps the housing advocates can help me, the NPD and the people of Novato by cleaning up the crime in Wyndover Apartments and in Hamilton’s Bay Vista.
The vast majority of the people of Novato want low-density housing. High-density, low-income projects — sticking the disadvantaged residents on top of each other like chickens in cages, which stigmatizes them — is prejudiced and a failed model. The people of Novato deserve balanced housing.c 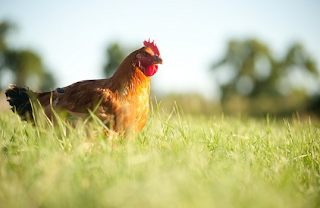