Does a $16 toll on the Golden Gate Bridge make sense? 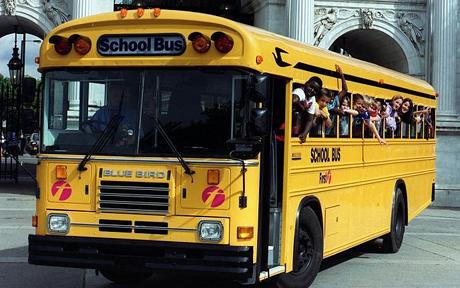 Dave Edmundson: Author of the linked article will be speaking at the housing advocates forum "The Future of Marin " at Dominican College on May 9th.

Golden Gate Transit ridership is down despite the all of the government effort to increase it.

This is no surprise to the average person one who needs to reach destinations promptly. Most small businesses rely on driving for customer contact, deliveries and services.  Even in the most "progressive" of  "Smart Growth" cities, Portland, Oregon,  all of public transit accounts for a mere 6% of total transportation.

Clearly, the car provides the most flexibility and in most cases, the least pollution per actual passenger mile.  Empty buses are horrible polluters while a Toyota Prius delivers 52 mpg.  Public transit advocates love to talk in theory.  They hate providing real world statistics.

Dave Edmondson, writes from Washington, DC in his blog The greater Marin  about all manner of Smart Growth solutions about how we should live in Marin.

Among his solutions?  Increase the Golden Gate Bridge tolls to be equal to bus fares.

" A driver should pay just as much to cross the bridge as a bus rider. If we raise the base FasTrak toll to $7.20 and the congestion toll to $8.80 – the cost of going to San Francisco and back from Southern and Central Marin, respectively – the bus becomes a much more attractive alternative. A commuter would pay the same no matter which mode she chooses, so why not choose a bus? "


I guess it makes great sense from Washington DC .  For the average commuter, your daily commute costs would triple to $352 plus gas, oil, etc. Gee, I'd rather put my kid through college or save for retirement.

Do you think it makes sense?  Do these "Smart Growth" zealots understand what this would do to the average person and local economy?  Are you aware that such ideas are being seriously considered at the MTC, TAM and the Golden Gate Bridge District?

Indeed, they want to "improve" our lives by making them "worse".  Dave's blog has many followers  among planners and politicians in Marin. Check it out.

The greater Marin
Posted by Save Marinwood at 12:00 PM

Email ThisBlogThis!Share to TwitterShare to FacebookShare to Pinterest
Labels: ABAG, Board of Supervisors, One Bay Area Plan, SMART train, traffic